Here's another flashback, since I officially stink at updating this blog! These are my own children so I really just have to brag on them. My oldest is OBSESSED with Doctor Who, like, seriously, no way around it. Not just that but Star Wars, Legos, Transformers, and more of the like. But Doctor Who really takes the cake for him and I blame The Doctor for this kid wanting to always be dressed up in a suit coat etc. He acts like he's allergic to t-shirts though we've managed to take that down a notch and he's finally starting to learn what appropriate clothing is for each situation and what not. But he really takes dressing up for church seriously. Too bad he's a growing boy so he has a mom who refuses to buy brand new suits for him all the time! Yay for Goodwill! (Really though, he doesn't mind.) I do want to add that my mom had a bunch of ties that had belonged to my grandfather who passed away last June. She brought them out one day, hoping to give them to her sons and sons-in-law. There weren't really any willing takers until my son came in the room, then: "OH BOY, I'VE HIT THE JACKPOT!!"

I hope you enjoy these pictures of them the day we did the trunk or treat. They each had their little sonic screwdrivers (oh for the love of Pete those things cost me an arm and a leg!) and their outfits, of course, honoring the Impossible Astronaut episode (seriously, look it up). Yes, we know River would not have had a sonic in that episode, however, I have a 4 year old that would not understand why Brother gets one and she doesn't! Then, of course, River had her notebook (deep down in her pumpkin bucket) and her holster and gun. The Doctor did indeed have his hat but he refused to wear it, you know, since he'd grown his hair long just for this! Too bad River won't let me fix her hair, not that she'd be able to ever have that full head of Alex Kingston curls! Also enjoy the scrapbook page I made for the occasion!

I have that same photo used in the scrapbook page printed on a 20x24 standout wood print - it looks absolutely amazing! See actual photo below.

And if you're reading this far... I just want to say that I'm so happy to finally be getting to a point with my kids where they are willing to pose for me. Both of them, from about the age of 18 months to 3-4 years, nearly all the pictures are of the backs of their heads as they're running away! It's not just your kids that don't want to sit still for photos. ;-) (I do always try to assure parents of that when encountering a less than cooperative little one during a session as the parents are always embarrassed. Don't you worry, kids are kids and it's nothing new under the sun. I love capturing them as they are!) 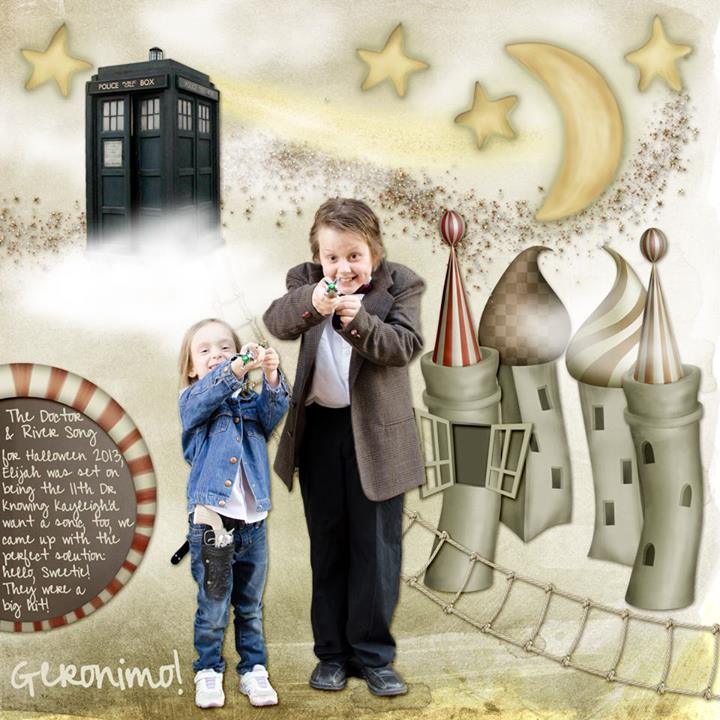 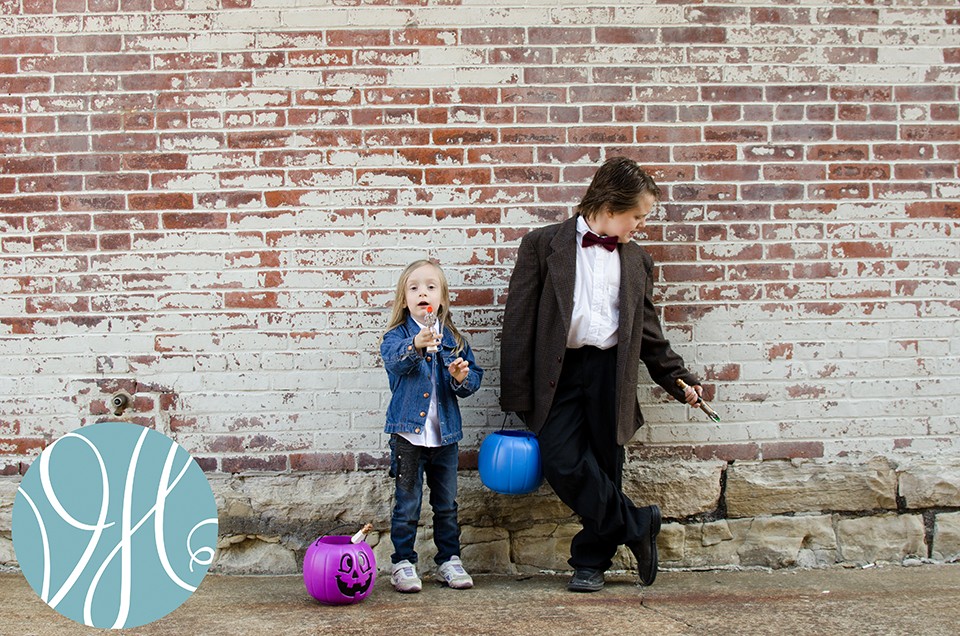 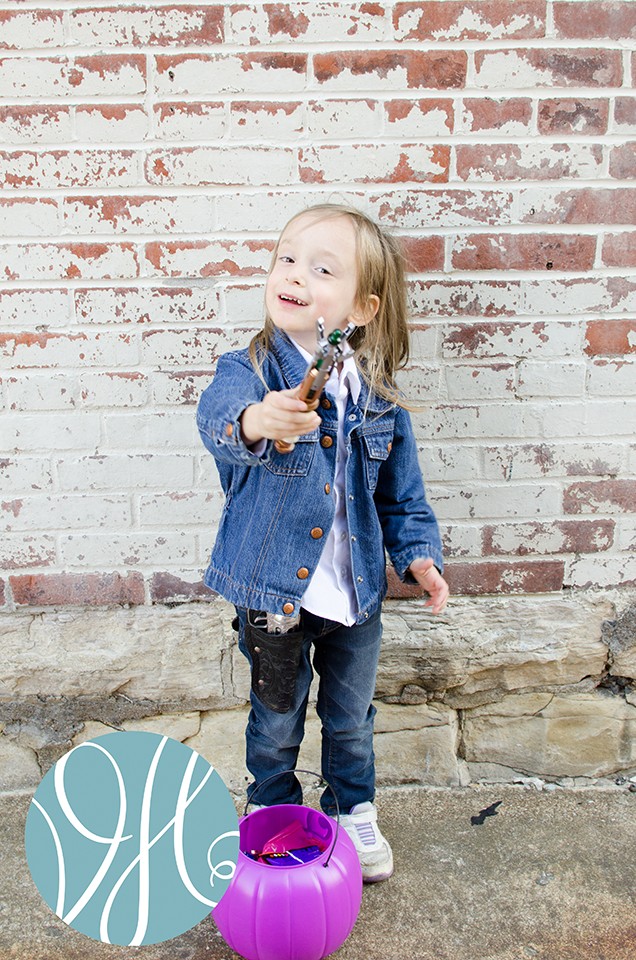 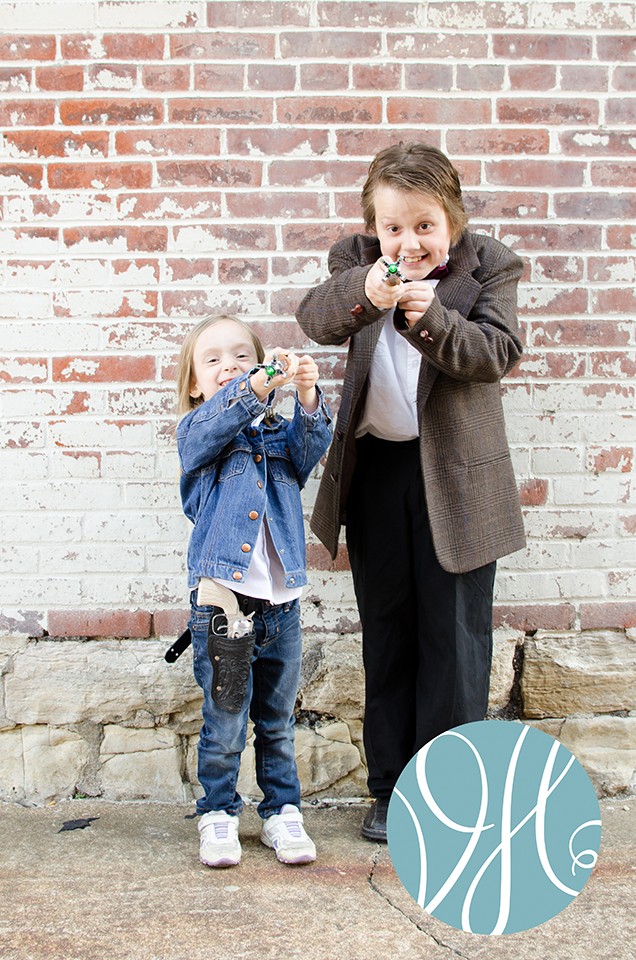 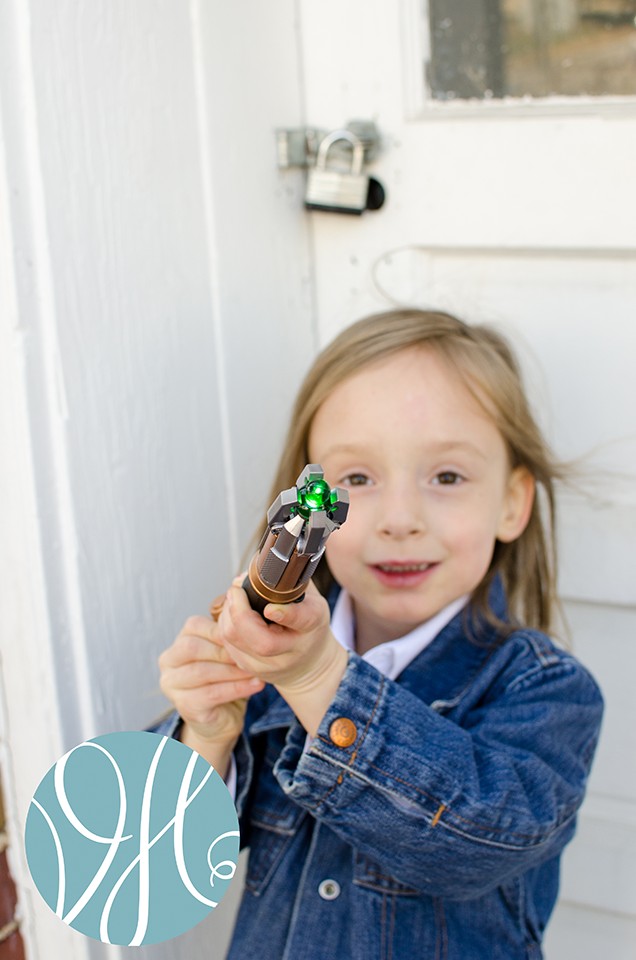 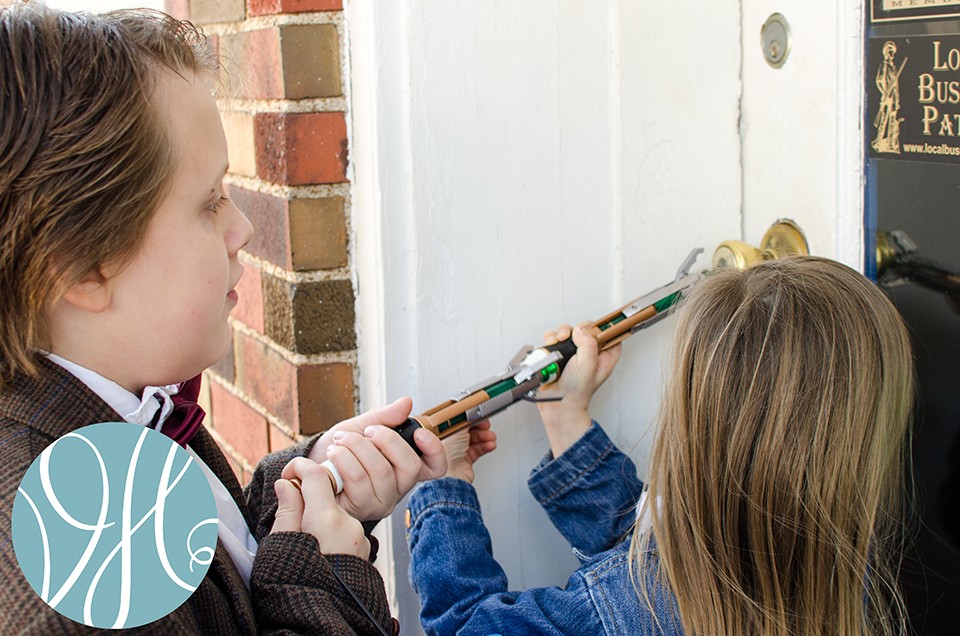