January 18th I did my first big bridal show. I've done a couple before but never one this large, with this big of a space. I've only ever had small tables before.

Before I go any further - I could not have done this without some special people, especially Kate. Some of you may know Kate, she and I have been friends for a long time now and I have done photos for her family for several years. Last year, she started working with me as my wedding assistant. I could not have pulled this show off without her. For one, she helped me realize I needed something more than I have done in the past. Also, my husband Steve, who built my wall and helped me load everything up, unload everything when finished, getting the U-Haul to take it all there, etc. He had to work that day though, so my dad Jim really came through for me, driving me up there with the U-Haul and helping us unload then load back up not to mention finding ways to kill more than 4 hours waiting for us to finish. There are others who contributed as well, I cannot thank everyone enough.

So with all that said, yes, we built a wall! Using recycled wood, my husband designed and put together a 6 ft wide, 8 ft tall wall to hang frames on. The only thing that I was pretty upset about was my fault, and the one thing I forgot that morning, my 16x16 logo board that I intended to also hang on the wall. So we were stuck using the large, boring, black text on white card with "Valerie Holifield Photography" on. It really took away from the display but it is what it is.

A few other things I would change, if I had to do over... Because of the supports of the wall, it stood out about 2.5-3 feet from the back of my area, losing some space. Not much you can really do about that, short of NOT having a wall of course, but if I had known I was going to have a corner booth, I would have found a way to mask that "behind the scenes" area. It really bothered me, haha. I could have had some more fabric to drape to the pole behind my booth but I had had no idea I was going to have a corner as I was told that those were more expensive and, obviously, I hadn't paid that extra fee! Of course it was a great location so I was not going to complain! Along with that thought, I would have brought more fabric to drape on the left side over the visible curtain behind the ladder. I went in expecting white and black curtains but was met with white and dark green. It was ok but clashed especially with the carpet. I would also have liked to do my own floor but that was really expensive and therefore out of the question this year. Due to the "short" width of the wall though, we were able to set back the ladder a bit on the other side so that the front of it, that we used as shelves, was about even with the front of the wall. I also would have planned in advance for hanging the frames and brought a step ladder. Steve did tell me later that my logo board probably could not have been supported where we put the sign, so that would have had to go somewhere else. I did try to plan it all out but everything changed when we got there. I just should have planned more in that department.

The show ran from noon to 4 and we had a great four hours, just talking to brides and some grooms, mothers, sisters, grandmothers, bridesmaids, etc. It all went very fast, we stayed busy the whole time. I had a drawing for a free session to be won and of course that got a lot of attention. And there were so many, many compliments on the booth. I laughed when I saw one girl - a sister or a bridesmaid - walk in, take a photo of a specific part of the display, then immediately put it on Facebook. One woman got so excited when she saw it she started shaking, for real! She told me how she deals in antiques and things like that and she just loved the display.

I think it was a pretty successful first big bridal show. :) <3 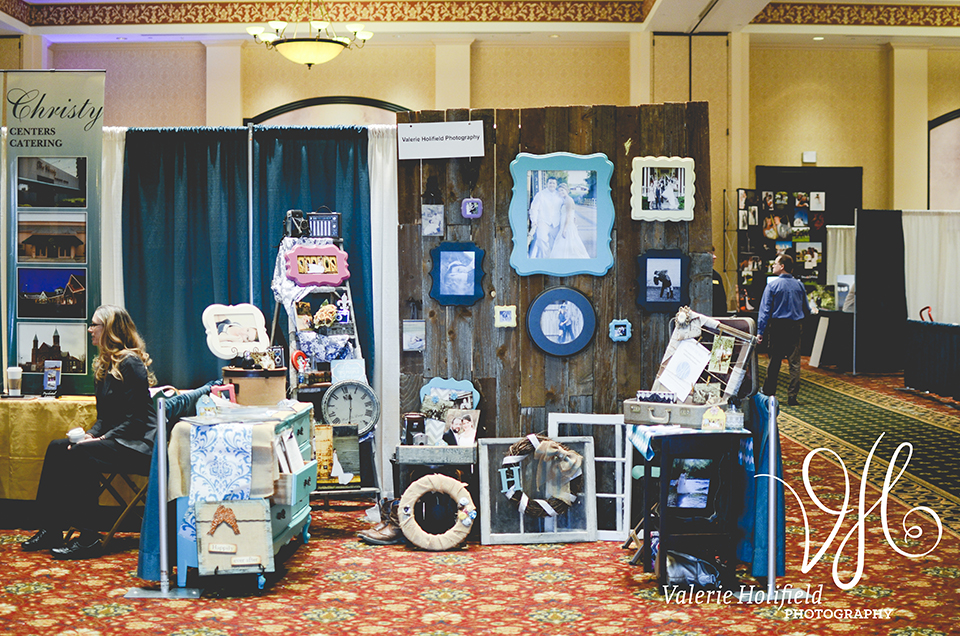 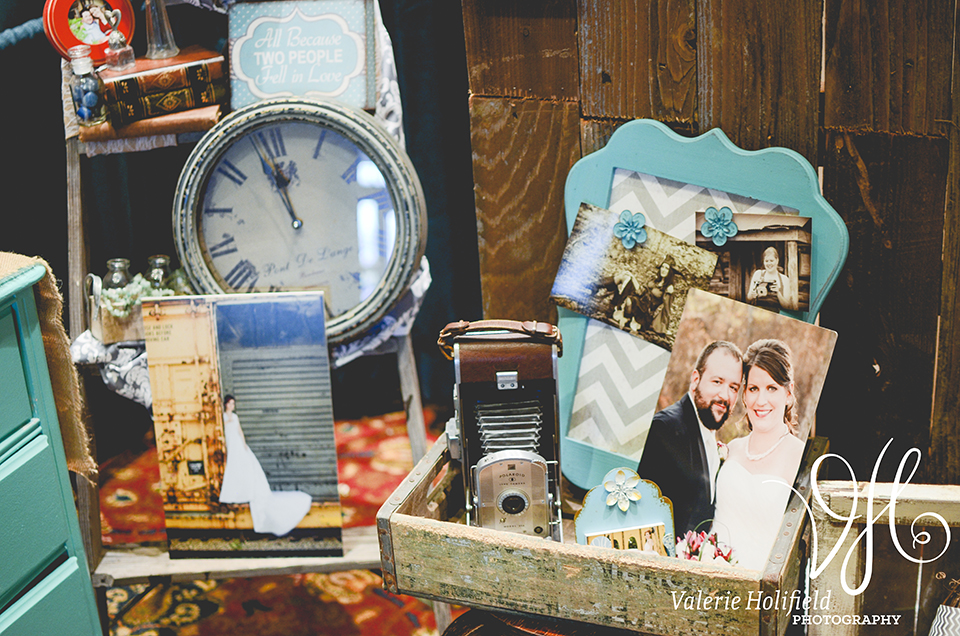 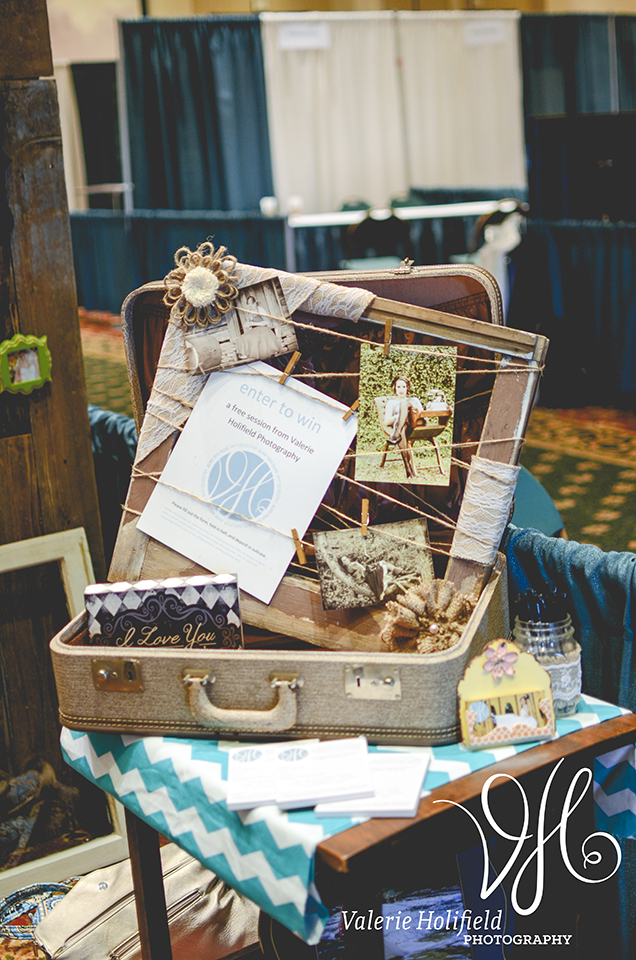 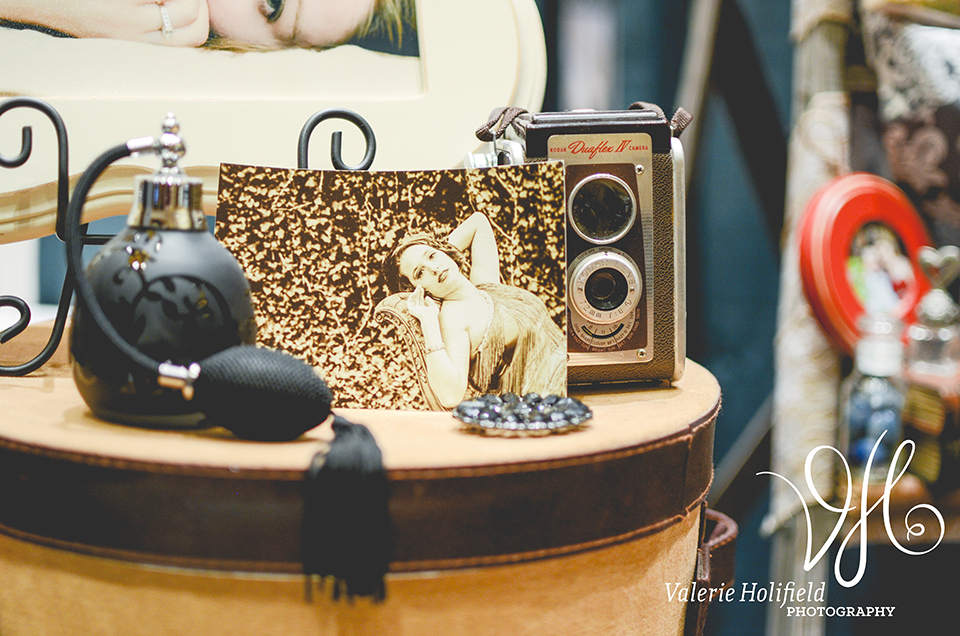 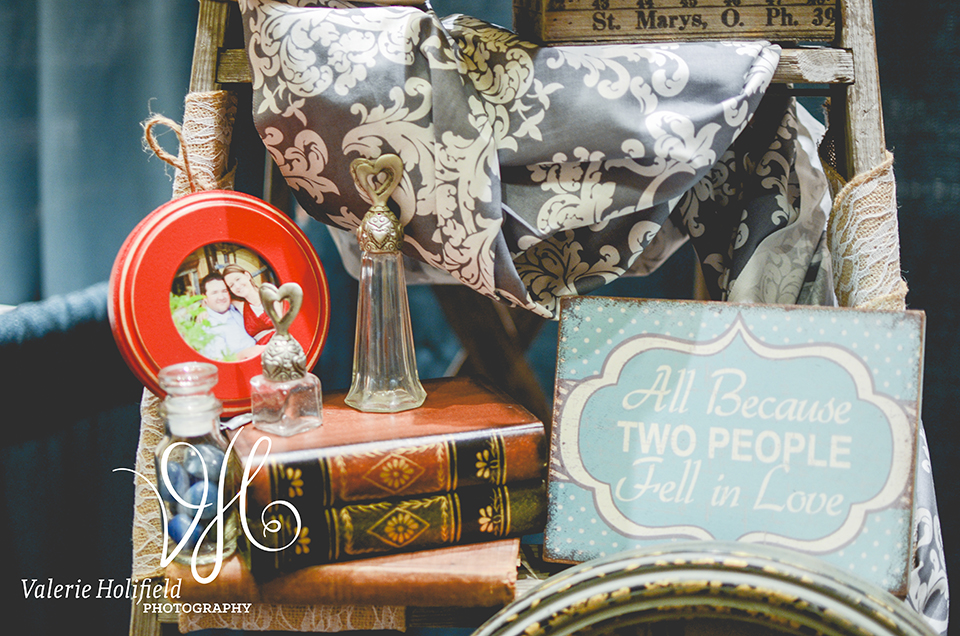 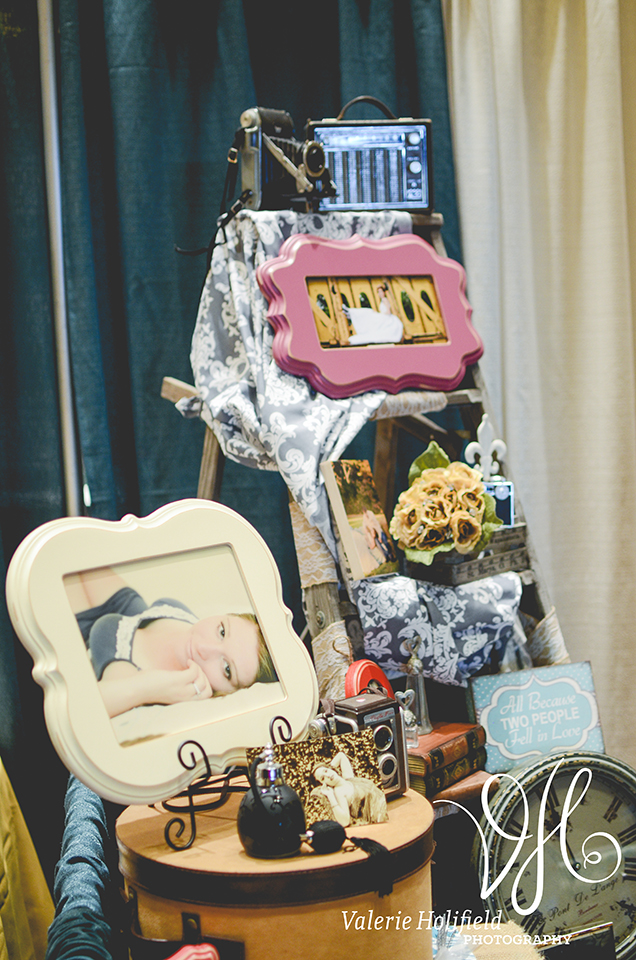 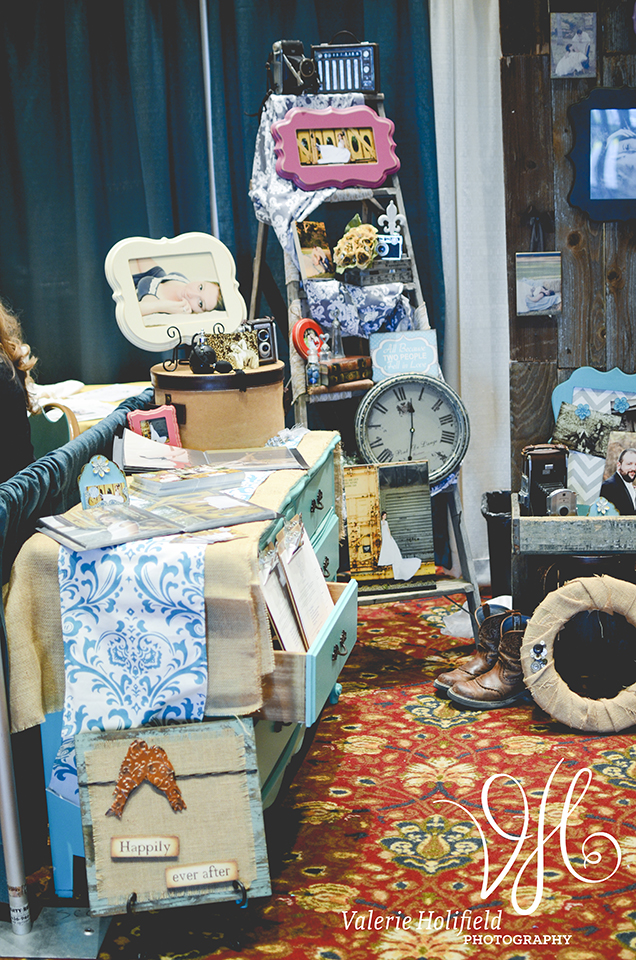